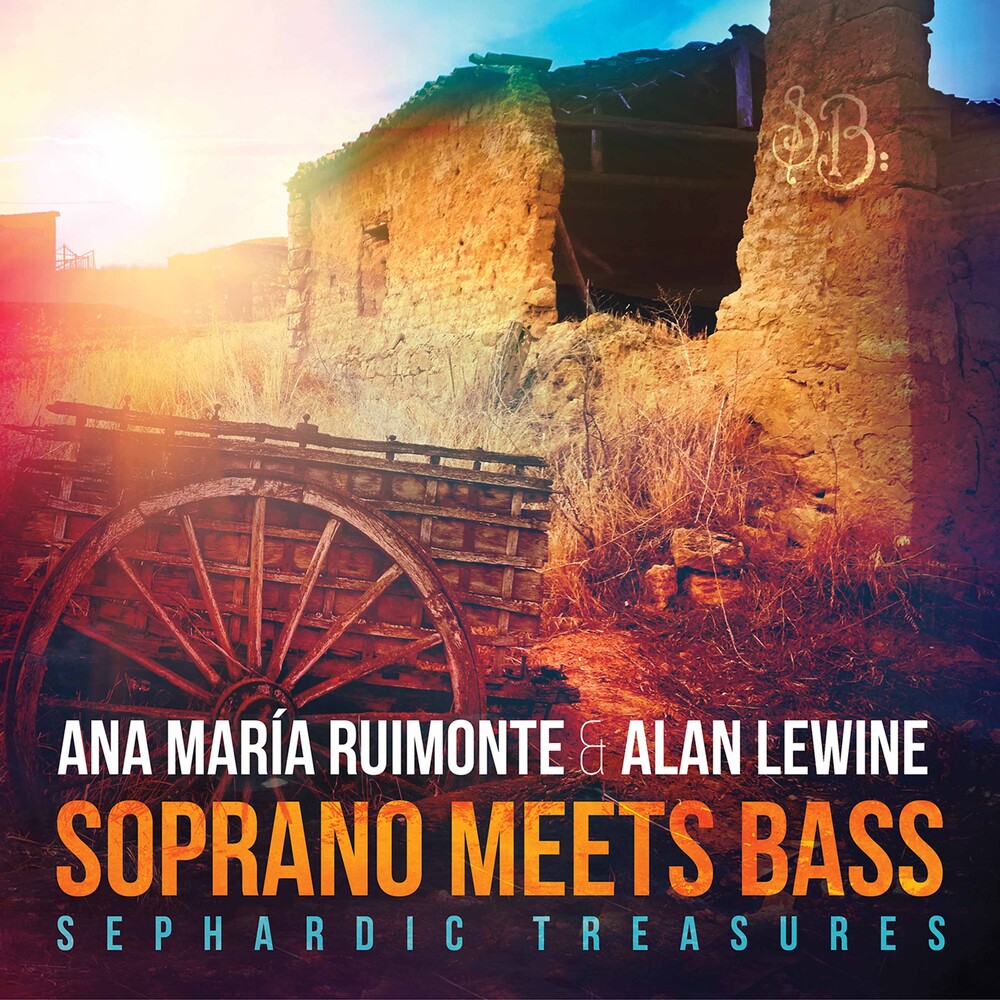 SOPRANO MEETS BASS is the latest from Ansonica Records. This album of traditional medieval Sephardic songs arranged by jazz bassist and music director Alan Lewine and classical soprano Ana María Ruimonte is an ethnomusicological celebration of the ancient Sephardic culture. These Spanish Jews were expelled from Spain in the 15th Century and resettled throughout the world, mingling their musical traditions with those of other peoples they encountered. The original arrangements meld medieval Moorish Iberia, jazz, flamenco, Middle Eastern music, and bel canto. They have set these songs in a sort of recombinant world fusion reflecting a vibrant embodiment of the Sephardic communities and their culture. As the album's title suggests, the female voice plays a starring role in SOPRANO MEETS BASS. This reflects the fact that the Sephardic tradition has, for centuries, been an oral one, passed down from mother to daughter across an expanse of generations. Only in the 20th Century were these songs transcribed by musicologists. The stories told in the Sephardic Romancero-the repertoire from which the album's program is drawn-conjure up portraits of life in medieval Spain and the universal truths that undergird them. Spanish soprano Ana María Ruimonte gives life to these ancient melodies and lyrics, radiating from the center of a constellation of renowned virtuosos. Flamenco guitar, Israeli flute, shofar, and a trove of other culturally significant musical instruments vitalize the music of SOPRANO MEETS BASS. The artists' arrangements of the songs on SOPRANO MEETS BASS have been performed throughout the world, from Spain to Cuba to Israel and the United States. This is fitting, since each of these nations has had a hand in forming the unique amalgam of cultural music we hear in this album.