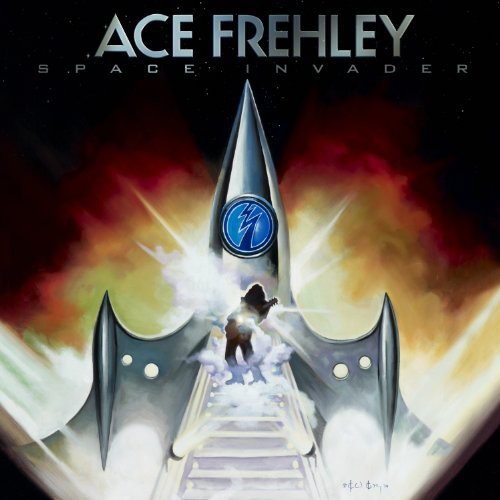 Like a shooting star headed toward earth from another solar system, Ace Frehley operates in his own musical galaxy. He s a musical maverick, an improbable bestselling New York Times author in 2011, and iconoclast adored by millions of fans around the world since 1974. Through his seminal work with KISS and as a solo artist, Ace Frehley is championed as one of the most influential guitar players of the last four decades and his impact on popular music is immeasurable. With his smash 1978 solo album and post-KISS work including 2009 s Anomaly, Frehley continues to be the best selling member of the original line up, or any other.

His new solo album, Space Invader, promises to forge yet another exciting chapter in the life of one of rock's most influential and distinctive artists.

Fans can expect something closer to my 78 solo record.

Over the past couple of months I ve been listening to my old records and trying to find that formula that I ve captured so many times in the past. I recently played some of my new music for a few people at my label and they were blown away. It reaffirmed in my mind that I m on the right path and I think my fans are going to love the results. It s gonna be a great record.

Signature songs expected to be included are:

A cover of The Joker by Steve Miller as well as strong batch of all new material, written or co-written by Frehley including: Inside The Vortex; Change; Gimme a Feelin ; Immortal Pleasures and I Wanna Hold You.