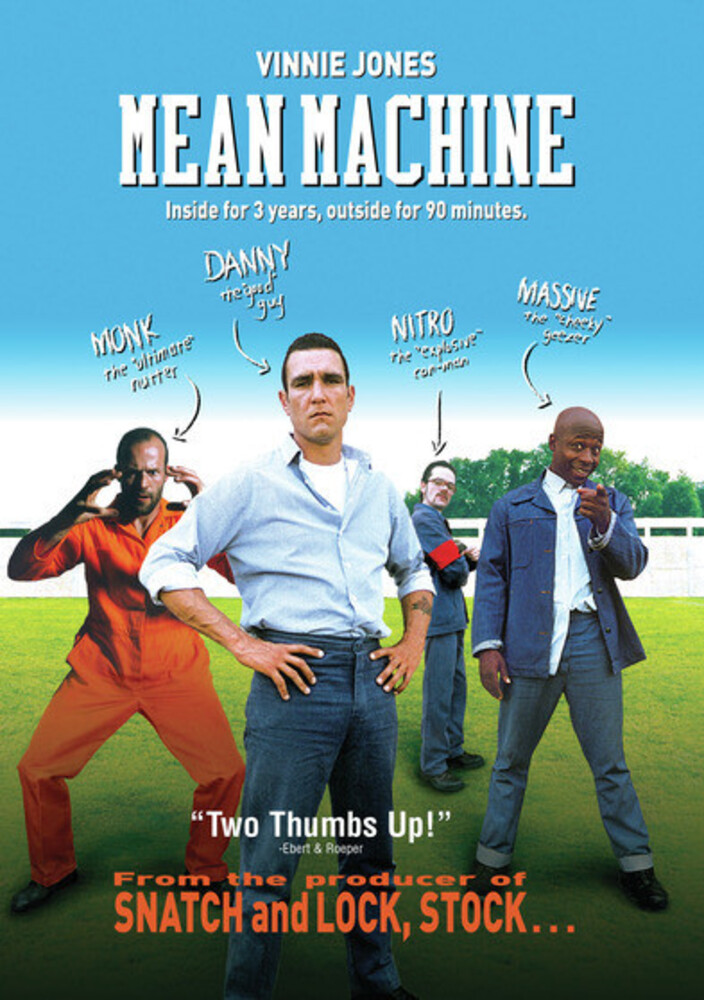 From the producer of Snatch comes this rousing, rough-and-tumble story that shows spirit and heart can exist in the most unlikely places. And in the most unlikely men. Ex-soccer star Danny Meehan (Vinnie Jones) was sitting on top of the world... until a sports-fixing scam ruined his career and an assault charge landed him in jail. When the prison's soccer-crazed warden (David Hemmings) asks Danny to coach the guards' soccer team, Danny counters with another idea: a match between the guards and the convicts. For the inmates, it's the dream of a lifetime: a dirty-no-holds-barred chance to face the malicious guards. But first, Danny must turn a group of murderers, thieves and madmen into something unthinkable: a team. Based on the film classic The Longest Yard, Mean Machine scores with it's lineup of gritty action, colorful characters and hilarious comedy.