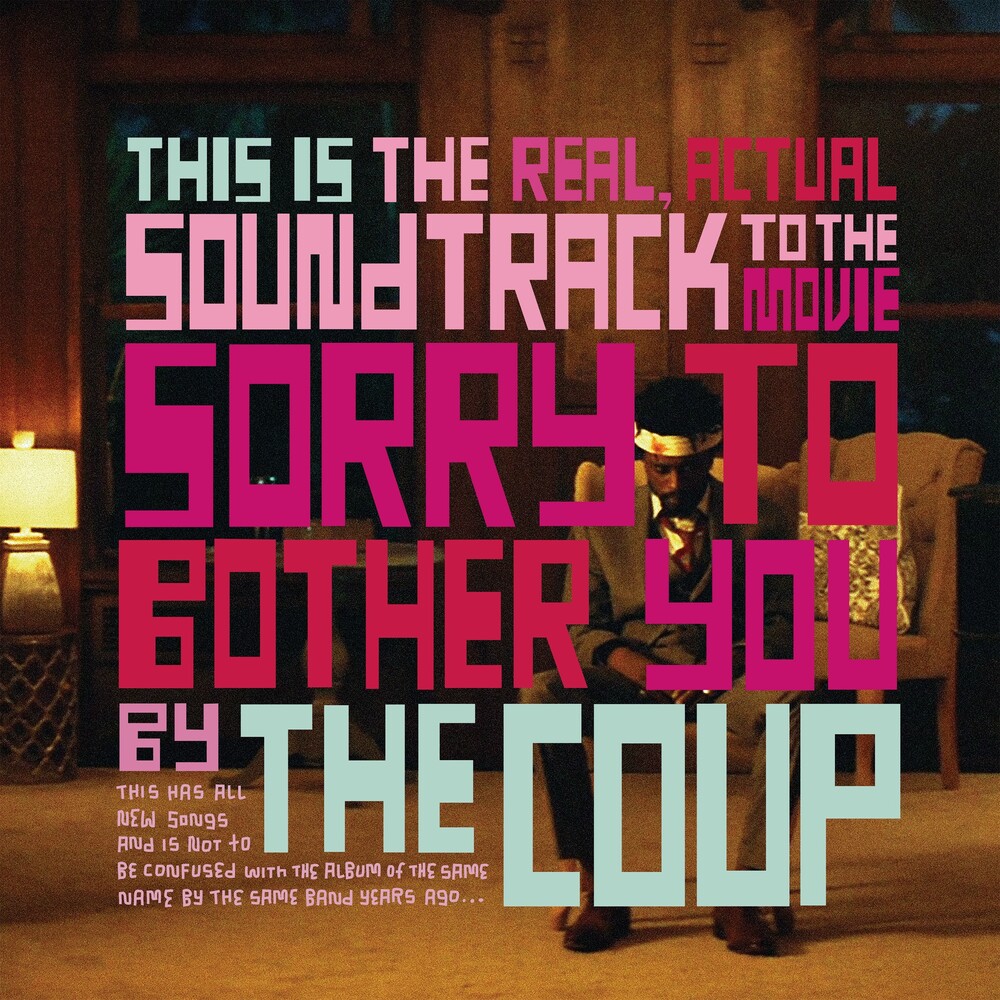 Mondo, in partnership with Interscope Records, is proud to present the premiere physical release of The Coup's brilliant original soundtrack album to the film SORRY TO BOTHER YOU. Writer / Director Boots Riley understands your potential confusion. After all, his band The Coup's 2012 album, his film directorial debut, and said film's soundtrack all share the same name. So Boot's wanted to settle the score once and for all - hence why the text on the front cover reads 'This is the real, actual soundtrack to the movie Sorry To Bother You by The Coup (This has all new songs and is not to be confused with the album of the same name by the same band years ago...)' But what's missing from that information download is that this album is absolutely stacked: featuring guests Killer Mike, Janelle MonĂˇe, Tune-Yards, E-40, and The Coup's signature politically charged funk-hip-hop, and Boots' incredible lyrical prowess. It was one of our favorite albums of 2018, and we are honored to finally share it with you. Available in two different packages designed by famed Oakland artist J. Otto Seibold (who also designed the film's iconic logo) re-mastered for vinyl and pressed on 180 Gram white vinyl.