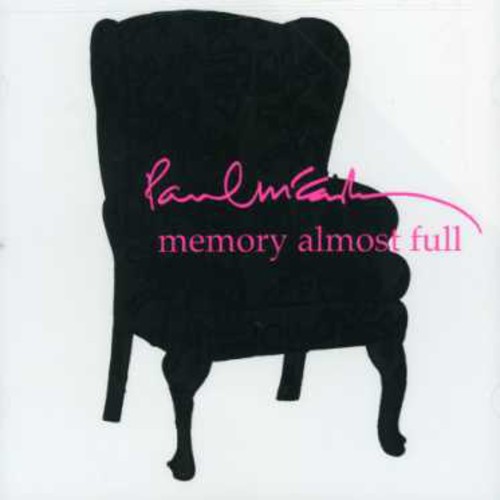 ''Memory Almost Full'' is the 21st studio album by Paul McCartney, released in the United Kingdom on 4 June 2007 and in the United States a day later. The album was the first release on Starbucks' Hear Music label. It was produced by David Kahne and recorded at Abbey Road Studios, Henson Recording Studios, AIR Studios, Hog Hill Mill Studios and RAK Studios between October 2003 and February 2007.

In the U.S. ''Memory Almost Full'' debuted at #3 on the Billboard 200 with about 161,000 copies sold, making it McCartney's highest-charting album there since 1997's ''Flaming Pie''. The album has sold over 1.5 million copies worldwide to date and has been certified gold by the RIAA for shipments of over 500,000 copies. Shortly after the release of the album, it was reported that McCartney was aiming to sign a long term deal with Starbucks due to the success that ''Memory Almost Full'' had enjoyed, but with the demise of Hear Music in July 2008, McCartney had to seek another deal, which would be with One Little Indian Records.

A CD/DVD deluxe edition was released on 6 November 2007. - Wikipedia